We are delighted to announce the 2022/2023 Opera Season at the New National Theatre, Tokyo.

To All the Supporters of the New National Theatre, Tokyo,

It is my great pleasure to announce the opera program for the 2022/23 season, marking the 25th anniversary of the New National Theatre, Tokyo. We have endeavored to re-stage several productions that were cancelled in 2020, and to re-invite many of the singers who were unable to appear. We hope you will welcome our program and our artists warmly.

The season will open with a new production of Handel's Giulio Cesare, which was planned as the first work in NNTT's Baroque Opera Series and was already in rehearsal in March 2020 when the pandemic struck. Laurent PELLY's spectacular and dramatic staging will be conducted by the renowned Baroque maestro, Rinaldo ALESSANDRINI. With mezzo-soprano Marianne Beate KIELLAND in the title role, we can't wait to resume our adventure. 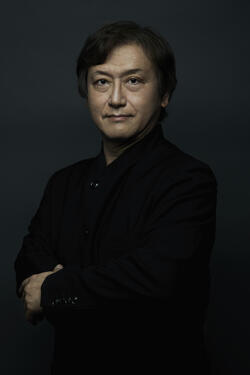 The second new production of the season is Mussorgsky's Boris Godunov, an opera that will be staged for the first time at the NNTT. The story of the Russian Tsar Boris Godunov, who achieves power and glory by murdering the legitimate heir to the throne but becomes tormented by guilt and fear, is turned into a deep and intense musical drama by the incredible genius of Mussorgsky.
In a co-production with the Polish National Opera, Boris Godunov will be directed by Mariusz TRELIŃSKI, who recently became the first Pole to direct the season opener at New York's Metropolitan Opera with Tristan und Isolde. Ever since I worked with him on the production of The Fiery Angel at the Aix-en-Provence Festival in 2018, we've been planning this project together.
TRELIŃSKI treats this work not as an ancient historical tale, but as a contemporary psychological drama about our fear of our own existence, inferiority complex, and loneliness, which can be found inside us all.
On the two-story set, there are several cube-shaped rooms, in which the many monologue scenes of this opera take place, creating an eerie atmosphere. Only the monk Pimen, who plays a crucial role as the witness of history, is dressed in classic, decorative costume.
Boris Godunov is sung by Russian baritone, Evgeny NIKITIN, internationally acclaimed interpreter of this role, and Pavel KOLGATIN sings the role of the Holy Fool (Yuródivïy), who predicts Godunov's downfall and Russia's fate. Maxim PASTER sings Prince Shuysky, the boyar who sees through Godunov and slowly poisons his mind. As the innkeeper and the nurse, we have cast excellent Japanese singers, SHIMIZU Kasumi and KANEKO Mika respectively. Also, as the opera features some huge choral scenes, it will be a great opportunity to showcase the outstanding chorus of the NNTT.

Our third new production of the season is Verdi's Rigoletto, which can be considered as the extension of our Bel Canto Series. Emilio SAGI's solemn staging, which has been produced at the Bilbao Opera and Palau de les Arts in Valencia, is effectively highlighted with colour and light. We are looking forward to finally welcoming the acclaimed Italian maestro Maurizio BENINI to the NNTT. The exceptional cast includes George PETEAN as Rigoletto and rising star Hasmik TOROSYAN as Gilda.

During my four seasons as Artistic Director of Opera, we have presented four new productions every year, but this season it will be three productions. However, we will continue with our Series of commissioned works by Japanese composers and also our Double Bill Series in future seasons.

Our repertory productions of the 2022/23 season incorporates the productions and casts from the cancelled performances of 2020.

Almost all the singers that appear in Mozart's Don Giovanni are transferred from the cast of the 2020 Così fan tutte production.

In Wagner's Tannhäuser, renowned heldentenor Stephen GOULD sings the title role, while Sabina CVILAK sings Elisabeth. The role of Wolfram is taken by baritone Daniel OKULITCH, who was originally cast as Demetrius in Britten's A Midsummer Night's Dream.

Miraculously, we are able to stage Offenbach's Les Contes d'Hoffmann and Richard Strauss's Salome with essentially the same conductors and casts from two years ago. I'm sure they will pour all their energy into these much-awaited productions.

In our ever-popular production of Aida, staged every five years, we welcome eminent Italian conductor Carlo RIZZI and a star-studded cast. Falstaff, Verdi's final masterpiece, also features a distinguished cast including great baritone Nicola ALAIMO in the title role and Mexican rising star Jorge ESPINO as Ford. The young lovers, Fenton and Nannetta, are sung respectively by tenor MURAKAMI Kota, who has recently impressed as Pinkerton and Don José at the NNTT, and accomplished soprano MIYAKE Rie.

Finally, we close our season with La Bohème, the sweetly tragic drama of Bohemian life, which I will conduct. The youthful cast includes Alessandra MARIANELLI as Mimì, Stephen COSTELLO as Rodolfo, Valentina MASTRANGELO as Musetta, and SUDO Shingo as Marcello. It is my hope that this production will be a beacon for a new era.