We are delighted to announce the 2022/2023 Drama Season at the New National Theatre, Tokyo.

For more than two years, the world has been transformed by the huge impact of the novel coronavirus, and difficult circumstances continue. Although daily life has changed inevitably, and anxieties over infection may not soon disappear, I sincerely hope that the situation will come to an end. I'd like to express my sincere appreciation for those patrons who have come out to the theatre at a time when doing so has been a challenge; it has really helped keep us going. Each day I'm reminded how fortunate we are that people have been coming to shows, and how much it means that people want to come. We will continue in our efforts toward expanding the possibilities of the performing arts and bringing you even greater productions. 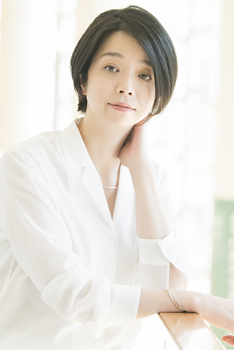 For the 2022/2023 Drama Season at the New National Theatre, Tokyo, we will try a number of new things that were not done in past seasons. For our season opener, NNTT will host actors from France's Odéon Theatre (Odéon-Théâtre de l'Europe) in a production of The Glass Menagerie. The production had been scheduled for 2020, only to be postponed twice due to the pandemic. We hope to finally be able to present them to you this season. Next is the latest play by Tom STOPPARD, "Leopoldstadt". The play is based on Stoppard's own life and by tracing his family tree, it tells a story about a family that has passed on their lives and spun off generations in a history of repeated suffering. Following these two plays staged in our Playhouse, we will present three new works in The Pit in a series titled "Bridge to the Future"; new works by playwrights YOKOYAMA Takuya and YAMADA Kana, as well as a play by SUGAI Ei that has been developed in the Playwrights' Workshops led by the Royal Court Theatre since 2019. The plays will be directed by INABA Kae, OSAWA Yu, and MANABE Takashi. The playwrights and directors are all in their 30s or 40s, and they will explore stories of the generation active in society today on the theme of what connects the past to the present and beyond. The latest installment in our "Full Audition Project" (plays with the entire cast selected through auditions) is Angels in America, considered by many to be a classic of 20th century theatre. Part I and Part II (Millennium Approaches and Perestroika) of the play will run concurrently, with the total production run slated at two months. Directing his second play for the Full Audition Project will be KAMIMURA Satoshi. And finally, we close out the season with a new work by NAGATSUKA Keishi, which will serve as the fourth installment of the series "Plays for Both Kids and Used-To-Be Kids".

For this season, we will try new things and look to challenge ourselves. We will welcome a foreign theatre troupe to our stage for the first time since I became Director, mount four new plays by contemporary playwrights, and stage a two-part play with a production run of two months. We will also start the third session of the "KOTSU-KOTSU Project", and as part of the "Gallery Project" we will be offering theatre workshops for junior high and high school students along with other plans under development.

We look forward to welcoming you to our 2022/2023 season at the New National Theatre, Tokyo.