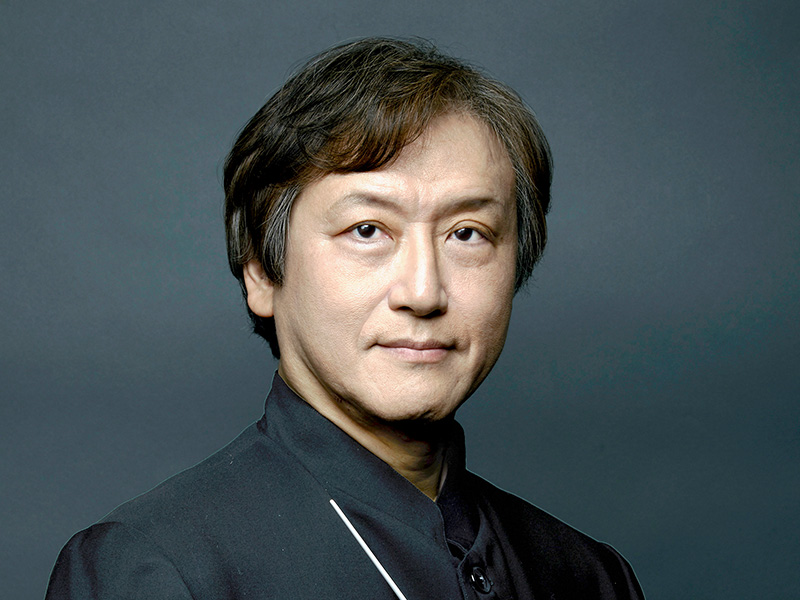 It is my pleasure to introduce the New National Theatre, Tokyo under my direction from the 2018/2019 season. Our Theatre boasts a presence as one of Asia’s leading opera venues, and we have maintained our international influence through showcasing numerous world premieres and new operas. As Artistic Director, I look forward to developing our pursuits with even greater energy.

To achieve this, I aim to utilise my global network to invite the world’s best directors, conductors, stage designers, dancers, artists and singers to gather at our Theatre and inject our creations with vitality, transforming our Theatre into a space that will present us with much to consider as 21st century inhabitants. I would like to promote the use of cutting-edge Japanese visual technology to recreate traditional works, and work with other Asian countries to co-produce operas in a pan-Pacific alliance. I want to ensure that our world premieres are opportunities to send our message “from Tokyo to the world”.

I believe that the potential of opera as a means of expression is going to become increasingly meaningful in terms of global-scale human connections. And I am positive that the NNTT will play a significant role as we enter this era.

ONO Kazushi graduated from Tokyo University of the Arts. He was formerly Music Director of the Zagreb Philharmonic Orchestra (1990-1996) and General Music Director of Badisches Staatstheater Karlsruhe (1996-2002) before he succeeded Antonio Pappano as Music Director of Theatre Royal de la Monnaie in Brussels where he enjoyed six highly successful seasons (2002-2008).

He then served as Principal Conductor of Opéra National de Lyon (2008-2017), during which time he was also Principal Guest Conductor of Filarmonica Arturo Toscanini (2012-2015). He was Music Director of the Orquestra Simfònica de Barcelona i Nacional de Catalunya (2015-2022). He is currently Music Director of the Tokyo Metropolitan Symphony Orchestra and the Brussels Philharmonic.

He made his opera debut in 2007 at La Scala in Milan (“Macbeth”). Since then, he has made a number of appearances at the Metropolitan Opera in New York (“Der fliegende Hollaender”), the Opéra National de Paris (“Kol Roger”), the Bayerische Staatsoper in Munich (“Der fliegende Hollaender” and “Haensel und Gretel”), the Deutsche Staatsoper in Berlin (“Elektra”), the Glyndebourne Festival Opera (“L'heure espagnole”, “L'enfant et les sortileges” and “Haensel und Gretel”), and the Festival d’Aix-en-Provence (“Le Rossignol”).

In September 2018, he assumed office as the theatre’s Artistic Director of Opera at the New National Theatre Tokyo.