The Heart Of Performing
Arts In Japan

The New National Theatre, Tokyo (NNTT) is Japan's first and foremost national theatre for the contemporary performing arts. Since the doors of our world-class, state-of-the-art theatre opened in 1997, we have staged an incredible array of productions, totaling more than 650. The performance season runs from October to July of each year. In a single season, we offer some 300 performances.

MESSAGE FROM THE PRESIDENT 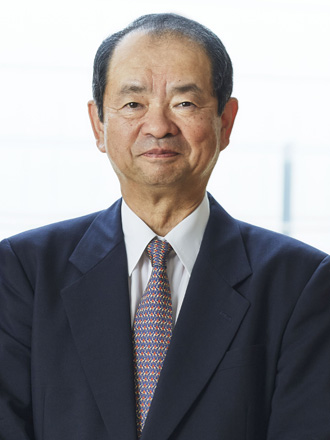 The New National Theatre, Tokyo (NNTT) is Japan's only national theatre dedicated to the performing arts of opera, ballet, dance and drama. Since its inception in the autumn of 1997, the NNTT has produced and staged world-class performances, and has come to occupy a familiar and much-loved place among the people of Japan.

The NNTT comprises the Opera Palace, Playhouse and The Pit, each of which uniquely contributes to an annual total of about 280 stage performances to the delight of approx. 220,000 theatregoers, including many from overseas. Furthermore, by providing other performing arts groups with a performance venue, the NNTT contributes to the development of the stage arts in Japan, such performances numbering around 340 a year, and attended by over 240,000 people.*

The NNTT values its connections with communities. As a theatre, it is our role to bring our performances to the younger generation, thus providing youth with opportunities to encounter the outstanding performing arts. We are also tasked with bringing the performing arts to Japan's localities, and collaborating with other theatres, both in and outside of Japan, in joint productions. To these ends we are proactive and moving ever forward. In recent years, international cultural exchange has reached new heights, and as such the NNTT's importance has increasingly grown as a base in Japan for furthering the reach of such cultural endeavours. Furthermore, so that people may enjoy the multiple aspects of the performing arts, the NNTT holds exhibitions, drawing on its archived materials, stage sets, costumes and more.

Training personnel involved in the performing arts is an equally important mission, and the NNTT with its three performance venues of opera, ballet and drama provides training with breadth for those who will take these arts forward into the future.

The NNTT is Japan's foremost national theatre, and as such it strives to work to create, promote and disseminate performing arts of high achievement for the public in a way that inspires and moves audiences. In doing so it strives to be a full and enriching presence, and to this end we look to your continued support and partnership.

Find out how you can support NNTT