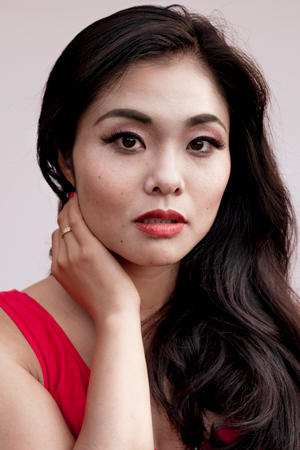 ｰｰｰCongratulations on your New National Theatre Tokyo (hereafter NNTT) debut as Donna Elvira in Don Giovanni in May. You made a strong impression on the audience with both your singing and acting.

Thank you very much! Elvira is one of my most favourite roles in the entire repertory. It's a fun role to play because she develops as a person over the course of the opera. The vocal range suits me perfectly and she's a character I could emphasize with. I'd love to sing the role again soon!

ｰｰｰHow did it feel to sing on the stage of the NNTT?

It was amazing - one couldn't wish for a better experience. The acoustics of the theatre is excellent. On stage, I had a great feeling and knew that my voice was reaching the audience. It's a space where one can hear the pianissimi but it's not too reverberant either. So one can really trust the theatre fully. The other cast members were also full of praise about the acoustics.

Fortunately, I had already performed with many of the cast in Italy, including Nicola Ulivieri who sang Don Giovanni. The Japanese cast members also welcomed me warmly -- bass Tsumaya Hidekazu, a figure I have long looked up to, and soprano Kushima Kanae and baritone Kubo Kazunori who were my seniors at music college. Furthermore, the production and stage staff are amazing -- I don't know any other theatre with such well-run facilities. The staff are all highly professional and they are proud and passionate about their work. By working together with these people, I hope I can develop as an artist.

ｰｰｰThe reaction of the audience was also very enthusiastic, wasn't it?

Yes, the audience was wonderful! On stage, I could feel that they were listening very intently. Theatrical art is created by the interaction of the performers on stage and the audience, and I think this interaction worked well in Don Giovanni. 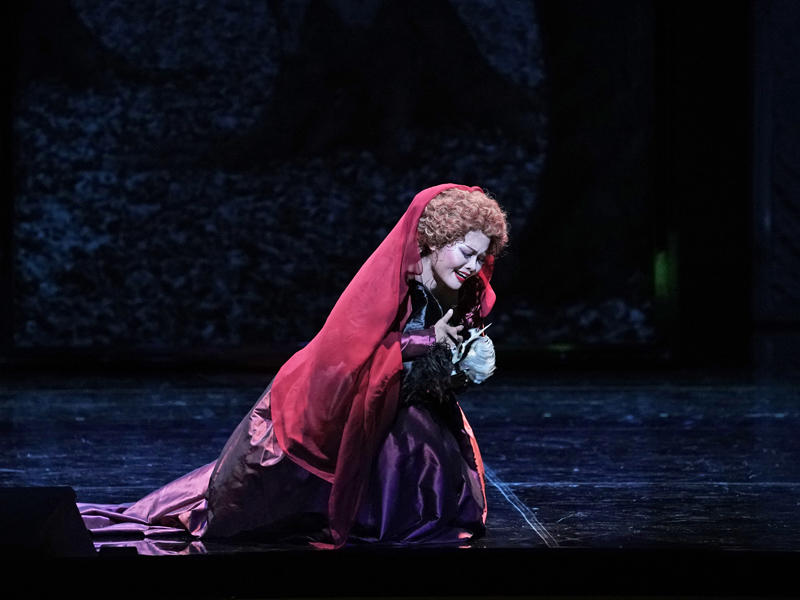 ｰｰｰIn the 2019/20 season, you will return to NNTT to sing Rosina in Rossini's Il barbiere di Siviglia, which is one of your speciality roles. You have sung the role all over Italy, including at La Scala and the Rossini Festival in Pesaro. Is it true that you sang your first Rosina at La Scala?

Yes, it's true. I sang in the classic staging by Jean-Pierre Ponnelle and the cast included the great Ruggero Raimondi. At the time, I didn't realize what a big deal this was (laughs). Anyway, I'm glad I could sing my first Rosina in an orthodox production.

ｰｰｰWhat kind of character do you think Rosina is? It's a comical opera, but when one thinks about it, Rosina is in a rather difficult situation.

Even in her opening aria, Rosina says "I will be a viper, and I will set a hundred traps before I surrender". She's actually a frightening character (laughs). She may sing "I am gentle and obedient" but she's far from that really. She also acts rudely to her elderly guardian Don Bartolo. She's strong-willed and determined.

Yes, in many aspects, Italian society is still quite conservative and male-dominated. Yet, on the other hand, it's also the country of the "Mamma" and in many ways the women rule the men. Perhaps there are some similarities with Japan too.

ｰｰｰSo is it pleasurable to play Rosina?

All Rossini roles are a great please to play. In Il barbiere, I particularly love to poke fun at Don Bartolo (laughs). I've already performed with the Don Bartolo in this production, Paolo Bordogna, and he is a real actor. When I performed this opera with him in Bologna, he would come up with a different approach every night, so I always had to be alert. Such interaction on stage is really fun.

ｰｰｰThere are numerous musical highlights, but how about your first aria "Una voce poco fa"?

"Una voce poco fa" is an aria I have always sung at the turning points of my career. Before I moved to Italy, I sang it in the semi-finals of the "Neue Stimmen" singing competition in Germany, and I sang it at the auditions for the Rossini Opera Festival and La Scala's Academy. It's an important aria for me, in which I can demonstrate both the agilita and my acting skills.

ｰｰｰYour agilita always sounds fresh, as if the music is being created in that moment. Is this because you know how to give meaning to the agilita?

This is something my mentor and Rossini specialist Alberto Zedda taught me at the very beginning. People tend to focus on the technique in Rossini's agilita but it should never be just about technique. The singer has to think why Rossini wrote these fast notes and sing what he tried to express. Beneath the agilita there are many emotions such as rage, grief or explosive joy. It's a prerequisite to sing the fast passages with perfect intonation, but what's more important is what one wants to express with it. This is a never-ending quest of course...

ｰｰｰThis suggests that a lot depends on the discretion of the singer. What do you do in order to inspire yourself?

I love anything that fills me with energy, and beautiful things make me happy. I love going to art galleries, and watching classic Italian films of Fellini and Visconti. I also like reading poetry in various languages. I particularly love the beauty of the Italian language. In my free time I practice yoga and meditation. Through dialogue with my own body, I try to take time to reflect on myself.

ｰｰｰWe are all looking forward to your Rosina in February. Do you have a message for the NNTT audience?

It is a great joy to share the role of Rosina with the audience in Japan, a role I've sang most frequently and a role I feel really suits me. With my Rossini-loving colleagues, we will demonstrate our love and passion of Rossini. We hope to create a production that will make both maestro Zedda and maestro Rossini smile in heaven.