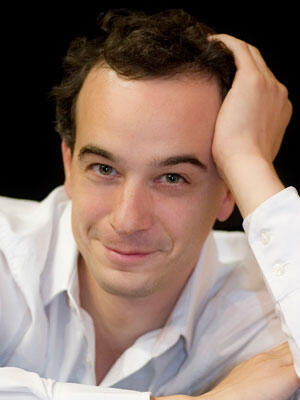 ―The Vienna State Opera reopened in May, and in June you appeared in Der Rosenkavalier and Lohengrin. Opera houses all around the world are going through a difficult period in this pandemic, but in your case, how long were you not able to perform on stage?

There was literally nothing during the first half of last year. In Austria, some activities resumed in the autumn, and I was able to sing a couple of small concerts, and in December I was able to sing Don Giovanni in Madrid. Fortunately in Spain, the theatres didn't close at all, so I was able to perform there during the season.
Still, things have been very difficult during this time. Not only me, but so many of my colleagues had work cancelled or postponed. I'm glad this production of Die Meistersinger von Nürnberg was postponed, not cancelled.


―You have appeared numerous times at the NNTT. What is your opinion of our opera house?

It's one of my favorite opera houses. I'm always pleased to sing at the NNTT, and I love coming to Tokyo in the first place. There is always a friendly atmosphere and everyone is very professional.

―You have a very wide-ranging repertoire. The roles you've sung at the NNTT are so diverse, from comic roles to serious roles.

The interesting part of being a singer is that it's possible to maintain the balance between singing comic operas and tragic operas. I enjoy singing a variety of musical styles from Mozart, Wagner, Debussy to contemporary opera. I find some roles are particularly complex than others. For example, Figaro in Il barbiere di Siviglia is one of my favorite roles, but he is a fairly simple character. On the other hand, roles such as Count Almaviva in Il barbiere and Beckmesser in Meistersinger are much more complex and multi-faceted, which one can develop and are very rewarding to sing. By singing a role over many years, my interpretation changes too.

―How do you see the role of Beckmesser?

I first sang Beckmesser twelve years ago in 2009. It's the role I've sung most and I've appeared in several different productions. Since the focus of each production is different, one can always discover a new dimension in Beckmesser's character. This is the interesting thing about this role. Also, it's important to emphasize that Beckmesser is not a comical character. He is laughed at by the audience, but they laugh at his actions which stem from his despair and his clumsiness, and he is not a funny person. In fact, he is very serious and has less humor than the others, but is respected as a Meistersinger by all. This is an important point, and without it, this story won't make sense. Hans Sachs thought that Beckmesser would be Stolzing's rival. If Sachs didn't think Beckmesser had a serious chance of winning the singing contest, his plan would be meaningless.

―I see. Then what kind of person is Beckmesser?

He is rich in knowledge but in daily life he is quite clumsy, and probably has never had a lover in his life. People who are single for a long time can be a bit odd. He's not young any more and thinks this is his last chance to obtain a wife. He really loves Eva, but the fact that she is the richest young girl in town is another motive. He thinks that if he can marry the girl he loves and who is also rich, he will be even more respected, and in his eagerness, he makes mistakes. This leads to further mistakes and he falls into a negative spiral. As a result, he is thoroughly mocked by everyone. 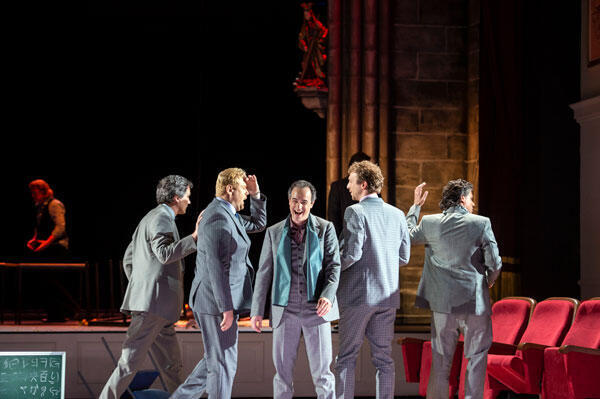 ―The director, Mr Herzog, told us in an interview last year that in this production he wants the audience to focus on the character of Beckmesser.

I talked a lot with Mr Herzog about the work during our rehearsals. We rehearsed for six weeks in Salzburg, and then four weeks for the Dresden performance. First he explained his interpretation of Beckmesser, then he listened to my opinion, and we created this role together. He won't be coming to Japan for this production at the NNTT so we will work with the associate director. Also, we have to adhere to the Covid-19 guidelines so there will be some restrictions on stage, but we will do our best to present the director's concept to the audience.

―What are the musical features of Beckmesser?

Eröd: In Meistersinger, Sachs and Stolzing are on stage for long periods; in particular Sachs is on stage throughout the whole five hours, and it's a very demanding role for Stolzing too. However, musically the most difficult role is Beckmesser. Vocally it's not that difficult, but it's hard to express musically and rhythmically very tricky too. Still, I've been singing the role for many years now, so I can sing it without worrying about technical issues!

―I understand this staging takes the form of a "play within a play". Is there a scene you particularly like?

Eröd: I like this production very much. There are many interesting aspects, and the "play within a play" is one of them. In the play scene in Act II, only Beckmesser is dressed in historical costume. Everyone else is in modern dress, but he alone tries to perform his part in the play.

The other scene I like is the final scene. In most productions, when Beckmesser loses the contest he leaves the stage, but in Mr Herzog's production, he stays on stage until the end. And he undergoes a change. He realizes that although he competed with Stolzing as a rival, his song is truly great. Beckmesser admits his mistakes, and accepts that Stolzing is worthy as the Meistersinger and should marry Eva. Please look out for this final scene where Beckmesser undergoes a transformation on stage. 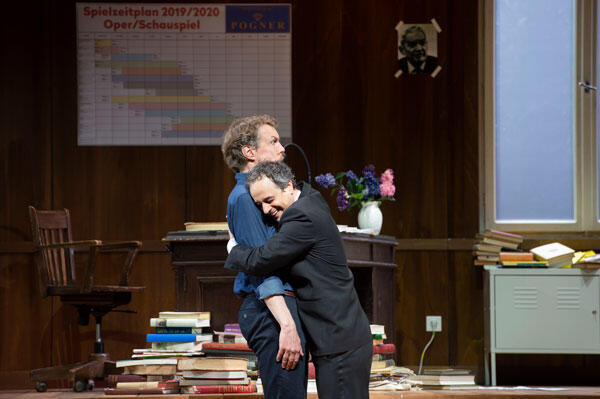 ―Have you worked with Maestro Ono before?

No, this is the first time. He came to see our first night performance in Dresden and we talked a little then. I am really looking forward to our collaboration.

―We look forward to seeing you in the autumn.