Due to his family circumstances, Iván AYÓN RIVAS has withdrawn from singing the role of Alfredo Germont in La Traviata from the 28th Nov. to 7th Dec., 2020.

The role will be sung by Dominick CHENES.

Recently reviewed in the Huffington Post as a "breakout star" and "powerhouse lyric tenor", young tenor Dominick Chenes most recently debuted Seattle Opera as Pinkerton in Madame Butterfly, Opera Colorado as Rodolfo in La Boheme, Hong Kong as Rodolfo in La Boheme, the role of Turiddu with New Orleans Opera, and joined the Lyric Opera of Chicago in the role of Faust (cover). Pior to that he was recently heard as Don Jose in Carmen with Palm Beach Opera, Alfredo in La Traviata at the Pa Skaret Opera Festival in Sweden, Riccardo in Un Ballo in Maschera with Austin Lyric Opera and debuted Grand Theatre de Genevre as Iopas in Les Troyens with Maestro Dutoit, followed by his debut as Mario Cavaradossi in Tosca with the Minnesota Opera. Prior to that he returned to Austin Lyric Opera as Pinkerton, performed Don Jose with Utah Opera, followed by Rodolfo in La Boheme with Welsh National Opera and Pinkerton with Austin Lyric Opera. This season includes his debut in Valencia as Carlo in I Masnadieri conducted by music director Roberto Abbado, a debut in Liege as Pinkerton in Madame Butterfly, Cavaradossi in Tosca with the Reading Symphony, a return to Hong Kong for Pinkerton, and La Reine de Saba with Odyssey Opera. Future engagements include a return to Lyric Opera of Chicago for Madame Butterfly and Attila, and Nicias in Thais with Utah Opera. 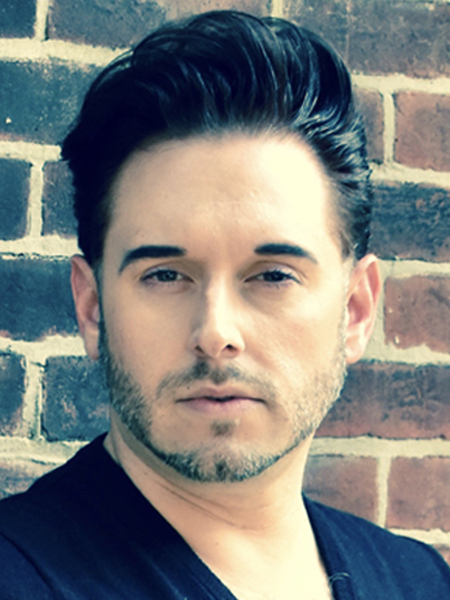 A graduate of the Academy of Vocal Arts, at AVA he has performed Rodolfo in La Bohème conducted by Christofer Macatsoris. Other roles at AVA include Alfredo in La Traviata, Gherman in Pique Dame, and Riccardo in Un Ballo in Maschera. In 2016, Dominick made his Carnegie Hall, Isaac Stern Auditorium debut as the Tenor Soloist in Beethoven's Mass in C. Dominick made his Alice Tully hall debut with the Licia Albanese Puccini Foundation as well as a concert for the Gerda Lissner Foundation in Zankel Hall In 2013.

Dominick attended the Russian Opera Workshop under the direction of Ghenady Meirson, where sang the role of Paolo in Francesca di Rimini, summer of 2013. Dominick received his Bachelor's and Master's degrees from the University of Nevada, Las Vegas. At UNLV, he performed Don Jose in Carmen, Ferrando in Cosí Fan Tutte, Tamino in Die Zauberflöte, and Rodolfo in La Bohème. While an apprentice with the Utah Symphony Opera Program in 2008 he performed in their productions of Madame Butterfly, Don Pasquale, Regina and as the Witch in Hansel and Gretel.

In 2005 through 2007 Dominick attended the American Institute of Musical Studies in Graz, Austria. During this time he was selected to perform with Maestro Eduardo Müller and the AIMS Festival Orchestra. In 2013 Dominick was awarded second prize from the Gerda Lissner Foundation, third prize from the Mario Lanza Competition and a Grant from the Licia Albanese-Puccini Foundation. He was also a finalist in the Meistersinger Competition in Graz Austria in 2006 and 2007. He currently studies with Bill Schuman.

Please note that tickets will not be refunded.
You can find out more about "La Traviata" by clicking here.