Alex Ollè talks about his forthcoming production of Turandot 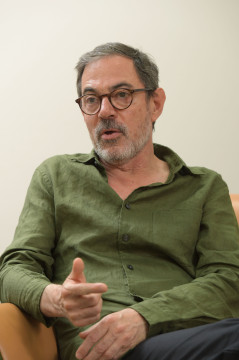 This is my fourth visit to Japan. My first visit was in 1989 with La Fura dels Baus to perform Suz/O/Suz at the Yokohama Art Wave. The second visit was in 2008 with the Paris Opera to perform Bartók's Bluebeard's Castle and Janácek's The Diary of One Who Disappeared in Kobe and Tokyo. The third visit was with Kafka's The Metamorphosis at the Expo Nagoya.

I have known Ono Kazushi, the Artistic Director of the New National Theatre Tokyo, for many years. We worked together in Der fliegende Holländer, Dallapiccola's Il Prigioniero and Schoenberg's Erwartung, while Maestro Ono was Principal Conductor of Opéra National de Lyon. I was deeply honored when Maestro Ono asked me to stage Turandot. I am also delighted to be part of the cultural program of the Tokyo Olympic Games. In relation to the Olympic games, as you might know, I had the opportunity to stage the closing ceremony of the Barcelona Olympic Games.

Set designer Alfons Flores and I have worked together in two Puccini operas so far. The first one, Madama Butterfly was performed at the Handa Opera on Sidney Harbour. This production was later performed at the Baths of Caracalla in Rome. Two years ago, we staged La Boheme at the Teatro Regio di Torino and in Edinburgh last year. I find Puccini very appealing as a composer. I feel like I am working with the Beatles because I think of Puccini as a composer with many hit songs. From my experience in theatre, I can see that Puccini was a composer who valued drama and that makes him appealing to me.

Turandot is different from the Puccini operas we have worked with so far. I believe it is unique among all of his works. It is like a fairy-tale. The original story was written in the 12th century changing and developing until Puccini's time. The story changed as it passed through the hands of Schiller and Carlo Gozzi. Puccini created the opera Turandot based on Gozzi's text. Up until then the characters of Puccini's operas were human and realistic. I feel that only Turandot has this fairy-tale quality.

As a director, I think that Turandot is an opera that is versatile, not only as a story but also in the interpretation of its world. It is an opera in which an abstract outlook is possible. I am contemplating several ideas regarding the set and costumes at the moment. From the dramaturgy point of view, I am thinking to make "power" the central concept. Things like social scale and hierarchy. Princess Turandot and the Emperor are at the top, while the people are at the bottom. From the moment I embarked on this project, I thought about placing the emphasis on "power". I will also portray Turandot's trauma, caused by the events of her past life. An ancestor of Turandot was abused by a man. I am thinking about portraying that this fact nursed her hatred of men. With this as the base, another essential point for us is how to end the opera. Puccini passed away without finishing this opera. The last fifteen minutes were left unfinished. Puccini wrote up to Liu's death. Turandot is usually portrayed as a story with a happy ending. When staging or looking back to Puccini's operas up to Turandot though, I think there is no way it can end happily. Puccini did not like happy endings. In La Bohème Mimì dies of tuberculosis and Cio-Cio-san commits suicide. In general, many of Puccini's operas end tragically. Turandot threatens to kill her subjects and tortures Liu to obtain Calaf's name. Calaf falls in love with Turandot at first sight. However, that first time he sees her is when she orders the execution of the Prince of Persia. I do not think it possible for Calaf to live happily ever after with a woman like her. I cannot reveal how the opera will end, but I do not think it will be a happy ending. 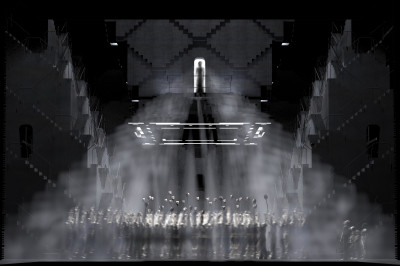 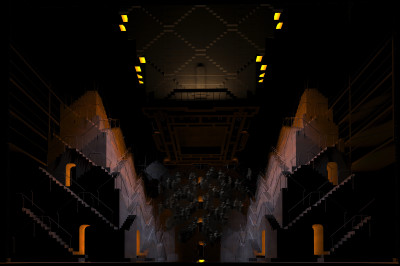 You can find more about Turandot by clicking here.