Interview: Lydia Steier on "A Dream of Armageddon" 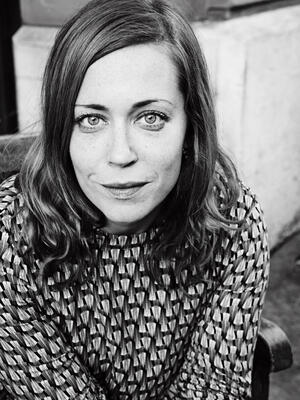 Steier: I know a lot of composers and I've worked a lot with new music. I was a musician myself - I studied singing at music college. The kiss of death for new opera is when it doesn't receive a second performance. So it's always a huge focus of mine that the presentation of a new opera is something the public can really understand and attach to. I have a strong interest in making sure that the work has a life after our production, so I really hope that other theatres take a look at this production.

―What appeals to you most about Fujikura's opera A Dream of Armageddon?

Steier: First of all, now is the perfect moment to present this opera. It's about the world falling apart. When we were first discussing the piece in 2017, we had no idea that it would be such a perfect time to present it - sadly. There's one word to describe the historical moment we live in - it's "Armageddon".

Dai is an extremely lyric composer and he composes in a way singers love to sing its material. An audience can follow it and be moved by it, rather than having to filter it through dozens of music theoretical and intellectual levels before it becomes enjoyable.

―I understand you were familiar with Fujikura's music long before you actually got to know him. What were your early impressions of his music?

Steier: I was completely attracted by his music. I've known Dai's music since 15 years through the flutist Claire Chase, because we went to Oberlin College together. She was crazy about Dai's music. When I heard his music, I remember thinking it's an unbelievable mixture of something you recognize, but also you've never heard before. Something that catches your soul in a very familiar way, but it is very, very new. When I met Dai finally, several years later, I remember saying to him "if you ever write an opera, please think about me!"

―Then he actually called you a couple of years later! What was your reaction?

Steier: At first I was so excited and there was a lot of dancing around. Then I was told the material was going to be H.G. Wells's A Dream of Armageddon, so I read the short story and realized that it was a very complicated thing to put on a stage - it has more filmic qualities such as going between two different periods in a moment. But I think we have found really interesting solutions.

―Were you familiar with the works of H.G. Wells?

Steier: A bit through my mother, who is a science fiction freak. But I wasn't familiar with his earlier short stories.

―So you were present from the beginning of the creative process, even before Fujikura started composing the music?

Steier: Yes, absolutely. One of the first things I received was Harry Ross's draft of the libretto, which was followed by a couple more drafts. Then Dai worked very quickly in a record amount of time. When the score was complete, the three of us met up in London and we went through everything, making some adjustments. It was actually a lovely creative process.

―How did you come up with the concept for the production?

Steier: There are two worlds in A Dream of Armageddon. In the world of the train, the characters called Cooper Hedon (Peter Tantsits) and Fortnum Roscoe (Seth Carico) sit on the train together and Cooper talks about the crazy dream he's been having, and Fortnum listens. And then there's the world of Cooper's dream. So the first steps were to determine where/when is the train and where/when is the dream. Eventually we decided to set the world of the dream as a dreamy version of now, and the train scene about 50 years in the past.

The question one is asked in the story is: is it a dream or not? I think in the staged version we see pretty clearly that it is not a dream. Interestingly, Harry's libretto shifts the focus away from the nebulous idea of the future to the question of moral responsibility. In the case of A Dream of Armageddon, the Cooper figure in the dream has the ability to fix or change things, but he's also desperately in love with Bella (Jessica Aszodi) and wants to spend time with her. It's the traditional opera conflict: duty versus desire. So, what is the consequence of people choosing themselves over the good of others? This is a clear focus of ours on stage.

―Bella has a more dynamic role in the opera compared to the original novella.

Steier: Absolutely. Both the story and the opera deal with this slide into Absolutism. In the opera, though, we see that Bella, through her family background, actually has a relationship with this group. She is an interesting and nuanced character.

―Could you introduce your creative team?

Steier: This is the same team entirely as the team that produced Stockhausen's Donnerstag aus Licht at Basel in 2016. The person in the team I've worked with most is the costume designer, Ursula Kudrna. I think she's possibly the best costume designer working now - so much fantasy, and so original. Our set designer Barbara Ehnes has created a fascinating world for the stage that relies on almost a betrayal of what you think you're seeing. It uses these incredible mirror elements and screens. Suddenly you can be in a different place in a second. Christopher Kondek is a really interesting video designer and he will create the videos while he is in Tokyo. Actually there will be live camera on stage. Although we may have to sacrifice the intimacy on stage because of COVID-19 spacing regulations, we have the possibility of substituting it with the use of live video projections. I don't think we need to have a COVID-due weakness in any way.

―What were you working on when lockdown came in March in Europe, and how did you spend the lockdown period?

Steier: When the theatres shut down in Germany, it was actually the day of the dress rehearsal of the play I was directing in Munich. I was eight months pregnant. We found out on the day that there would be no premiere, but we went ahead with the dress rehearsal internally, and then decided to freeze the production. Maybe it will come out at some point. Then six weeks later I gave birth to my son. I've spent most of the lockdown period changing nappies! I haven't really missed opera. I've listened to Bach all the time. Well, Bach got me through the lockdown.

I was originally meant to resume working in August with the revival of our production of Mozart's Die Zauberflöte in Salzburg, however due to Covid the 2020 festival season was largely put on ice. A Dream of Armageddon at the New National Theatre, Tokyo is the first production for me since the lockdown, so I am hugely excited.

On Stage from 15 to 23 November.
See here for more information.

The creative staff of A Dream of Armageddon will talk about the creative process, the attraction of this new opera and original libretto on our YouTube channel.
Date: Friday, 13 November *Starting time is to be announced.