OKUDA Kasumi was born in Fukuoka prefecture. She trained under TANAKA Chikako at the TANAKA Chikako Junior Ballet and SHINOHARA Seiichi and SHIMOMURA Yurie at the SHIMOMURA Yurie Ballet Ensemble. She won second prize in the Pas de Deux category at the All Japan Dance Competition in 2007, and second prize in the senior category at the Kobe dance awards in 2009. She joined the National Ballet of Japan in the 2010 and was promoted to Soloist in 2014. She danced Fairy Autumn in Frederick Ashton's Cinderella, Twyla THARP's In the Upper Room, Pikkilia and 1st Variation in Don Quixote, the leading role in David BINTLEY's The Prince of the Pagodas and Aladdin. 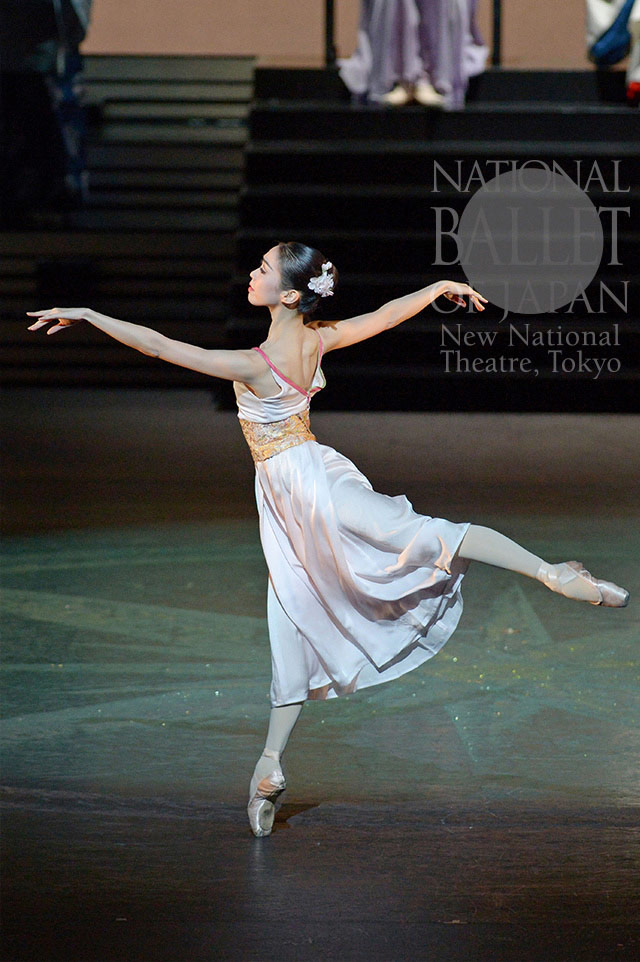 David BINTLEY: The Prince of the Pagodas (Princess Belle Sakura)