IINO Moeko was born in Hokkaido prefecture and trained at the Nemoto Ballet Studio and Chida Toshiko Ballet Studio. She went to Russia to study at the Novosibirsk State Ballet School, and graduated in 2010. She won first prize at the 2010 Kazakhstan International Ballet Competition and joined the National Ballet of Japan in 2012. Her repertory includes Pas de Trois in Swan Lake, Friends of Kitri in Don Quixote, Sapphire in Wayne EAGLING's Sleeping Beauty, Pearls in David BINTLEY's Alladin, and Fairy Summer in Frederick ASHTON's Cinderella. She was promoted to First Artist in 2016, and to Soloist in 2021. 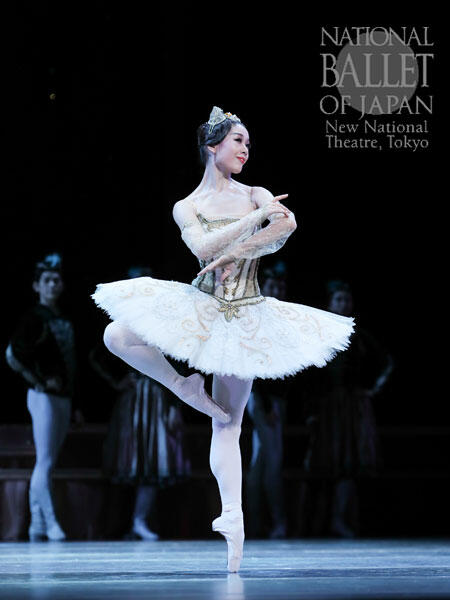