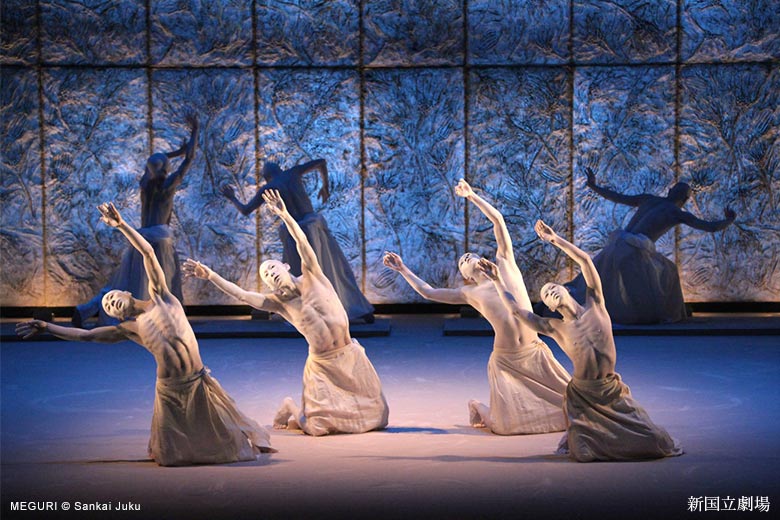 Running time is approx. 1 hour 30 mins with no intervals

The first performance in the "Butoh Today" line-up sees Sankai Juku take the stage and create a unique, sophisticated, beautiful and meditative world. Not only is AMAGATSU Ushio directing and choreographing this piece, but he is also designing the space and costumes. He regards Butoh as part of the "dialogue with gravity", presenting works that touch on those universal aspects of human nature: birth and death. He has also created his unique vocabulary based on body language and shared his works in 700 cities and 45 countries around the world. He is highly regarded for the universality and artistic strength of his works.

"MEGURI-Teeming Sea, Tranquil Land" is his latest work, that premiered worldwide in March 2015. To date, it has been performed in seven cities and five countries, namely France, Brazil, Australia, Singapore and Japan, and performances are scheduled for nine more cities in France, Switzerland and Slovenia in 2017.

As it is a pictographic character representing the circulating of water and everything that rotates,

it is also used for movement and circulation that follows a certain order;

the vicissitudes of time, the cycle of the seasons, changes in the environment, etc.

The walls used on stage feature a deformed fossil of Palaeozoic sea lily.

*Due to health reasons, AMAGATSU Ushio has withdrawn from dancing in "MEGURI―Teeming Sea, Tranquil Land" from the 25th to 26th November 2017. Please note that tickets will not be refunded.

Concession Prices (students, juniors, seniors, groups)
Under 15s discounts are available online. Other types of discount tickets are not available online. Please inquire at the Box Office or by telephone. (+81-(0)3-5352-9999 10:00 - 18:00)
Booking Z seats (Day Tickets) 1,620 yen
Z seats are available at the Box Office from 10:00 a.m. on the day of the performance. One ticket per person. Telephone bookings are not accepted.