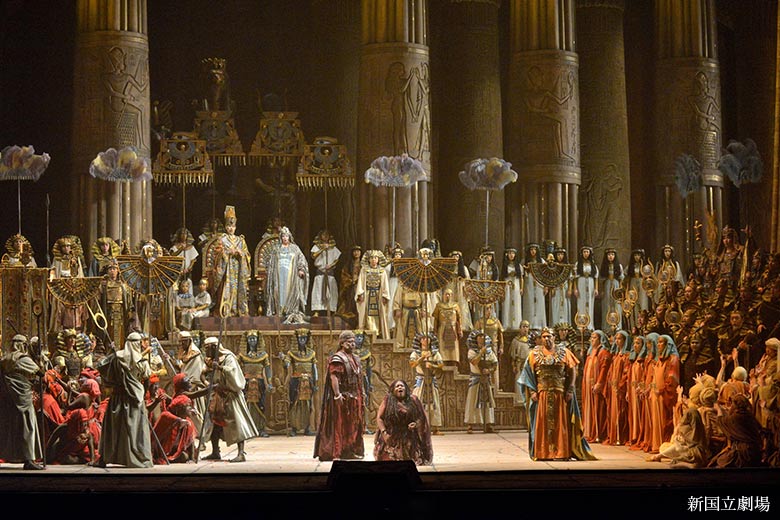 Special Performance
in Celebration of 20 years

The great festive work of "Aida" is being staged as a commemorative performance for the New National Theatre Tokyo's 20th Annicersary. Franco ZEFFIRELLI's resplendent production, created in 1998 to commemorate the opening of the theatre, involves a dynamic stage transformation. The scene of the Triumphal March is a grand aural and visual spectacle with over 300 singers, a chorus, ballet troupe and the supporting cast. This production is a must-see for everyone, whether you are an opera fan or not.

"Aida" is the major work of VERDI's later life and was first staged at the Cairo Opera House, built to commemorate the completion of the Suez Canal. A month later it achieved success at the Teatro alla Scala with a string of forty encores, and went on to achieve great popularity at opera houses worldwide. The story, set in ancient Egypt, is of the devoted love between the military commander, Radamès, and Aida, the queen of Egypt's enemy, Ethiopia. There is a glorious succession of famous songs such as Radamès' aria "Celeste Aida" ("Heavenly Aida"), and Aida's "Ritorna Vincitor" ("Return a conqueror") and "Marcia trionfale" ("Triumphal March"), and numerous portrayals in the second half of psychological conflicts such as the love between the protagonists, the feelings between father and daughter, pride, and envy. The music in the duet between Radamès and Aida, "La fatal pietra sovra me si chiuse" ("The fatal stone now closes over me"), in the final scene expresses with reverberating purity the sublimation of the couple's love.