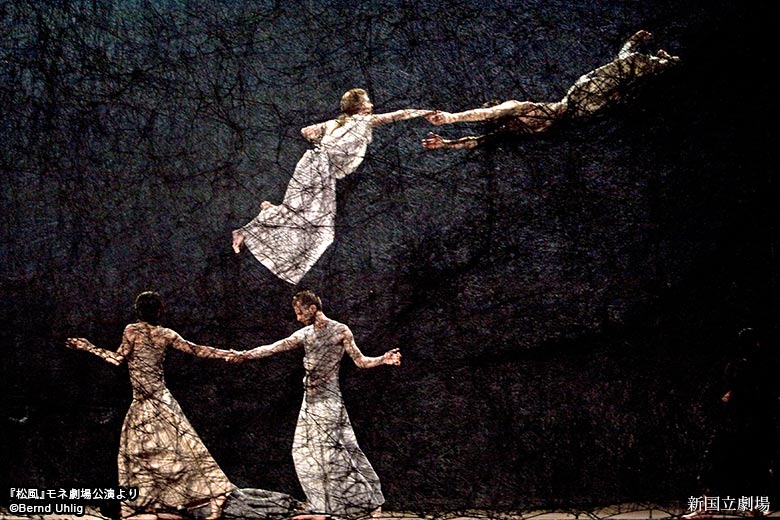 Running time is approx. 1 hour 30 mins with no interval

Ticket holders are strongly advised to be seated before the performance begins, as latecomers cannot be admitted

HOSOKAWA Toshio is highly regarded internationally as a composer of today. The New National Theatre Tokyo presents a HOSOKAWA opera for the first time. "Matsukaze" which libretto by Hannah DÜBGEN is based on a classic Noh play of the same name, of which HOSOKAWA composed a one-act, five-scene opera. It was first staged in May 2011 at la Monnaie, Brussels, produced by one of the world's top choreographers, Sasha WALTZ. WALTZ had already undertaken the choreography and production for the operas "Médée" and "Dido and Aeneas", which portray the fate of two women of the ancient world, bringing together music, dance and voice to establish what is called choreographic opera. Sasha WALTZ's first production of "Matsukaze" was a joint venture with la Monnaie, the Grand Théâtre de Luxembourg, and the Grand Theatre in Warsaw, with the cooperation of the Berlin State Opera. It received accolades in the Financial Times for "the 80 minutes of the performance pass all too quickly" thanks to the naturalness and subtle elegance of HOSOKAWA's music, an innovativeness of performance giving unity of expression to dance and voice, and the artistic effectiveness of SHIOTA Chiharu's installation through which the dead and living come and go. For its ambitious programme that began with this production of "Matsukaze", la Monnaie was chosen as Opera House of the Year that year by Opernwelt magazine.

This first ever staging in Japan of "Matsukaze" sees Ilse EERENS and Charlotte HELLEKANT play Matsukaze and her sister Murasame-difficult roles in terms of both the singing and acting. Grigory SHKARUPA is in the role of the mendicant monk, and the conducting is by David Robert COLEMAN. The dance is by Sasha WALTZ and guests, and the vocal ensemble is provided by the chorus of the New National Theatre Tokyo.

Read more about the Special Talk: "Matsukaze in Noh and Opera" from here.