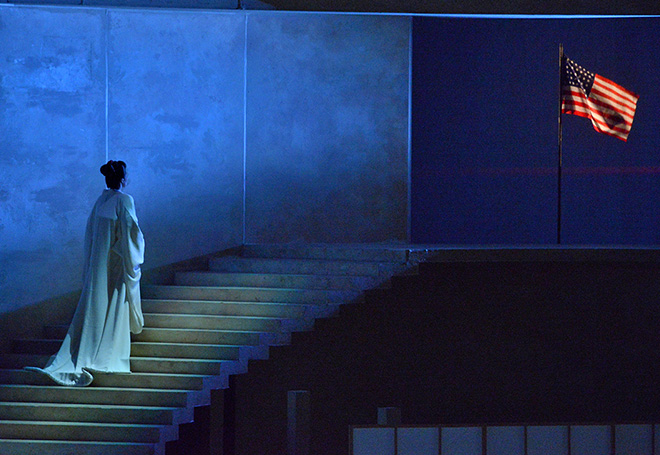 Composed by Giacomo PUCCINI, this opera set in Meiji-era Nagasaki tells the sad story of Lieutenant Pinkerton and his marriage of convenience to the earnest Madama Butterfly.

Director KURIYAMA Tamiya (former Artistic Director of Drama) presents the relationship between the East and West as a clear global contrast, focusing on the drama that captures the polarity, drawing out the concept. This is represented symbolically by the American flag fluttering on stage; the simple device further complements the story.

NNT Opera Studio graduate ANDO Fumiko will appear in the title role, while young tenor Riccardo MASSI will make his New National Theatre, Tokyo debut as Pinkerton. Sharpless will be played by KAI Eijiro, continuing on from 2014. Philippe AUGUIN is returning as conductor after nine years.

Concession Prices (students, juniors, seniors, groups)
Under 15s discounts and Z Seats (Day Tickets) are available online. Other types of discount tickets are not available online. Please inquire at the Box Office or by telephone. (+81-(0)3-5352-9999 10:00am - 6:00pm)