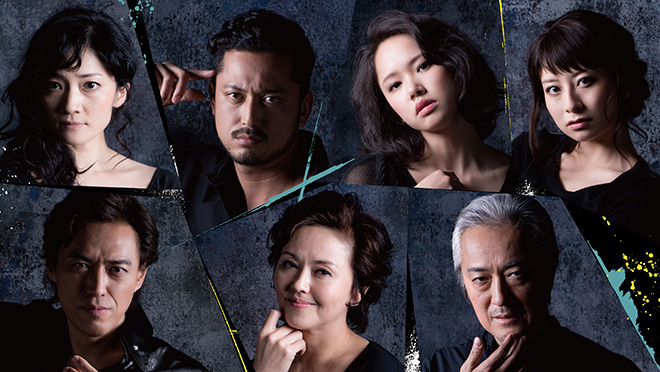 Artistic Director MIYATA Keiko opens the fifth season with Die Dreigroschenoper (The Threepenny Opera), written by Bertolt BRECHT and composed by Kurt WEILL. BRECHT introduced his various theories on drama, such as the "alienation effect", when the Western world was in a state of turmoil after two world wars, and greatly influenced theatre at the time. This major work from a giant of the theatre forms the ninth production in the series "JAPAN MEETS─A Look at the Lineage of Contemporary Drama".

MIYATA's staging features a new translation of the play by leading BRECHT scholar, TANIGAWA Michiko. The production depicts the vulgar and rough, but lovable characters and their blend of joys and sorrows.

Macheath, the leading role, is played by IKEUCHI Hiroyuki, who successfully played John Proctor in the October 2012 production of The Crucible. This marks IKEUCHI's first appearance in musical theatre. Macheath's wife Polly is played by SONIM, who has performed in a number of musicals, undertook further study in New York, and returns to the NNTT after five years. Costarring are ISHII Kazutaka, OTSUKA Chihiro and SHIMADA Kaho, with their background in musicals, and the seasoned dramatic actors AMEKU Michiko and YAMAJI Kazuhiro.