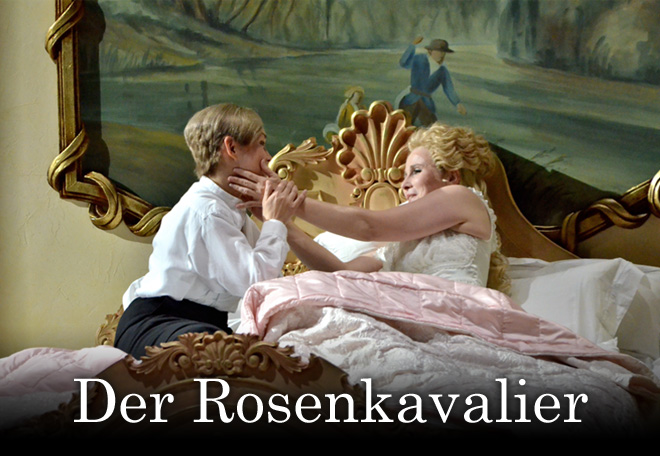 This masterpiece is set in Viennese high society. The rich, elegant music expresses memories of the past and fresh youthful love. This production by Jonathan MILLER, who excels at detailed character portrayal, transfers the time setting from the 18th century to 1912. It thus takes place one year after the world premiere of this opera and MILLER even manages to draw out the changes of the times experienced by the audience of the day.

The Marschallin is sung by Anne SCHWANEWILMS, who has established a reputation for her interpretations of Richard STRAUSS's music. Jürgen LINN will appear as Baron Ochs auf Lerchenau, a role he has also performed in at the Leipzig Opera. Other solists from Vienna will join the cast. Conducting will be Stefan SOLTESZ, musical director at the Aalto Theatre in Essen for 16 years until his resignation last year. Under his direction, the Aalto Theatre was selected "Best Opera House" for the 2007/2008 season by the German opera magazine, Opernwelt.