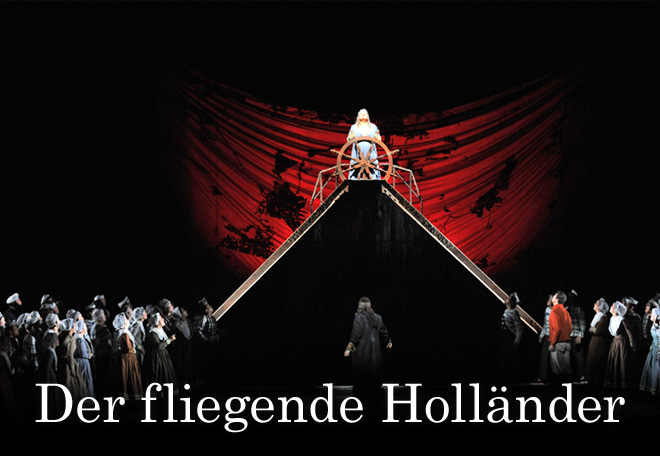 WAGNER almost experienced a shipwreck, which inspired him to write this opera early in his career based on a modern English legend about a Dutch ship captain who is doomed to sail the oceans forever as punishment for his blasphemy. The story tells how the love of the young maiden, Senta, saves the cursed Dutch captain. Salvation through love and self-sacrifice became a common theme in all of WAGNER's works thereafter. Matthias von STEGMANN's production was first presented in 2007, staged again in 2012, and here again for the third time.

Thomas Johannes MAYER and Ricarda MERBETH, playing the two main roles, are both seasoned singers performing regularly at the Bayreuth Music Festival. Daniel KIRCH is Erik, a difficult role to play, and Rafal SIWEK sings as Daland. SIWEK is also to appear in Don Carlo as Filippo II. New Artistic Director, IIMORI Taijiro, will be conducting.

Z seats are available at the Box Office from 10:00 a.m. on the day of the performance. One ticket is available per person. Telephone bookings are not accepted.