NAKAYA Masahiro was born in Osaka prefecture. He trained ballet under HOMURA Makio, MIYAMATO Toyoko, HOMURA Yoshio and Gennady SELUTSKY. He won Bronze medal in the Vaganova International Ballet Competition. He trained in the Vaganova Ballet School for three years and danced The Nutcracker in 2007. He studied the Asami Maki Ballet Tokyo in 2010 and danced the leading roles in Romeo and Juliet, The Nutcracker, Giselle, Frollo in Notre-Dame de Paris. He joined the National Ballet of Japan as soloist in 2015 and performed the role of Basilio in Don Quixote. He has danced various roles including Prince in Cinderella and Lindorf in Tales of Hoffmann. 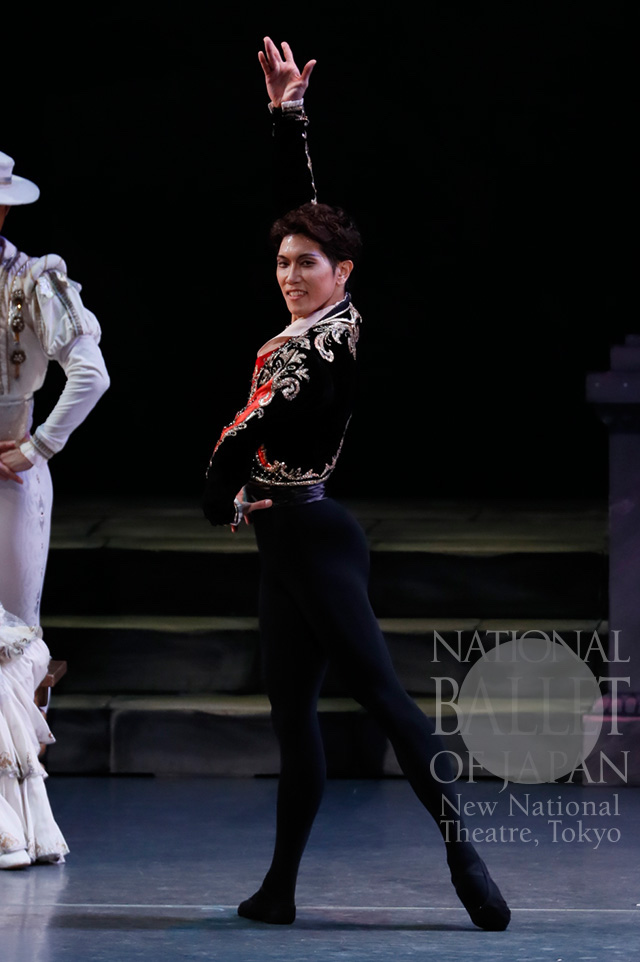