ONO Ayako was born in New York. She trained at Noriko Kobayashi Ballet Academy, Studio Ballet Colette Armand and New National Theatre Ballet School. She was the Gold medalist at the Genée International Ballet Competition in 2004, and joined the National Ballet of Japan as Soloist in 2007. She made her debut as leading role in David BINTLEY's Aladdin in 2008 and was promoted to Principal in 2011.She was awarded both Minister of Education Award for New Artists and Dance Critics Society of Japan's New Comer Award in 2011 and won Chieko Hattori Ballet Prize in 2014. She created the leading role in David BINTLEY's The Prince of the Pagodas, and also appeared as guest dancer for Birmingham Royal Ballet in 2013 and 2014 to perform in the U.K. premiere of Aladdin and The Prince of the Pagodas. She was awarded Akiko Tachibana Award in 2016 and Minister of Education Award for Fine Arts in 2019. 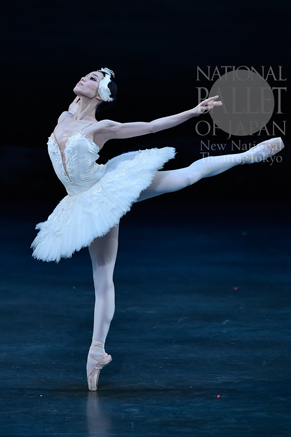