MOTOJIMA Miwa was born in Tokyo and began her ballet studies under MAKI Asami, MITANI Kyozo, TOYOKAWA Mieko and YUKI Miho. Miwa joined the Asami Maki Ballet Tokyo in 2000, later enrolling in the New National Theatre Ballet School as a member of the inaugural class. She then became a Soloist of the National Ballet of Japan in 2003. In 2005 she was first chosen to dance a leading role in Ishii Jun's new production of Carmen. She has a wide repertory which includes the leading roles in Don Quixote, Giselle, The Nutcracker and BINTLEY's Aladdin. Miwa has also appeared in television commercials, where she was praised for her performances and received the Performance Award at the ACC CM Festival. She won the Akiko Tachibana Swan New Face Award in 2006 and was promoted to Principal in 2011. 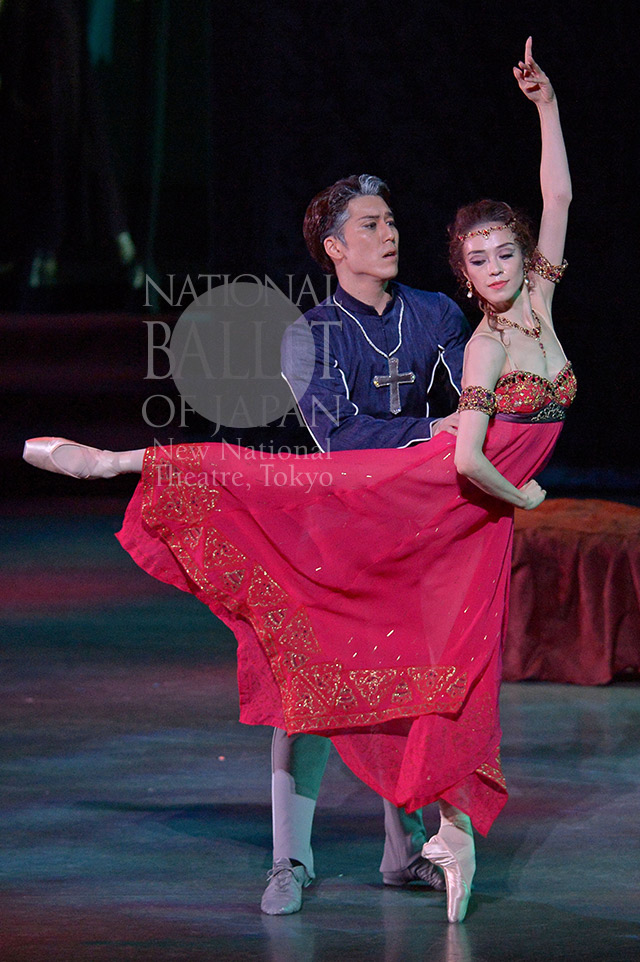